Research – The Good, the Bad and the Ugly: A Guest Post by S.J. Francis

Research. What is a writer without research? Without research for accuracy, a writer’s words are just words. And today, research is easier done than ever. There is no longer a need to go to a library. Research can be done from the comfort of one’s home, or even in the car. Research is a wonderful thing. But as with everything else, there is always a downside. 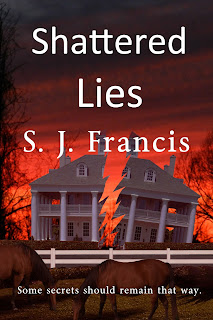 I don’t know about you, but for me, research can be a double edged sword. Research is a valuable asset, as long as you use it in the right amount. On the other hand, the bad thing about research is that too much of it can cause a significant delay to the writer’s goal, which is to just write. There is such a thing as doing too much research. Some writers I know spend a great deal of time doing research before they will even put their story down, and then when it is time to write the story, they’re worn out from doing research.

All this leads us to the ugly fact that too much research can bog down a story. I’ve seen some writers overwhelmed with so much research they’ve done that they’re not sure what to use, or what not to use. I’ve learned that when it comes to research, both doing and then using, as with anything else, balance is the key. For me, I write my story first. I get the gist of it written down and worry about adding specifics later. How much details should a writer place in their story? How much detail in a story is enough? That is really up to you the writer. How much research do I put into my stories? I add just enough to touch basis. Enough to let the reader know where they are. Enough to set the time and place. Fiction isn’t fact, but for me it’s the next best thing. I’m a stickler for research. One can say, I’m even obsessed with it. As a reader, nothing turns me off more than when I read something, and quickly realize the writer didn’t do any research because it shows. When I read, I like to learn something new. I feel the same way about writing. For me it is important that when a reader reads something I wrote, they can look at it and find that I did my research.

Fortunately, when it came to writing my debut novel, Shattered Lies, I didn’t have to do much research online or in books. I lived where I set the story. Research was live in one way or another all around me. Kate Thayer and her family grew up in Mississippi, and that is where my story is set.

S. J. Francis is a freelance writer with over three hundred publication credits, a University Lecturer with doctorates in English, Mass Communications and Law, and most recently, a novelist. Francis writes for many publications, as well as regularly contributing to the local newspaper. Francis’ background also encompasses working as a television producer. A frequent traveler, Francis has resided in thirteen states and three countries. A confirmed bibliophile, when not writing Francis can be found reading a good book, or spending time in the outdoors. Francis currently lives in Mississippi, where a major part of Shattered Lies takes place—but grew up in New York City, where the latter portion occurs—and has a great respect and fondness for both places, and considers the world a notebook full of endless ideas. Francis’ first novel, Shattered Lies is a women’s fiction/mainstream/family saga novel. The family dynamic is a never ending source of ideas and Shattered Lies is no exception. As in all the stories Francis writes, in the end, it’s all about family. Future projects include a sequel to Shattered Lies and a novel about the dynamic relationships in Hollywood. Shattered Lies will be released by Black Opal Books in 2015.