Arson Investigation by Doug Corleone, Author of NIGHT ON FIRE 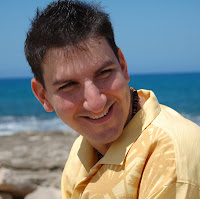 Please welcome Hawaii author Doug Corleone to my virtual conversation spot today! Doug is the author of the Kevin Corvelli crime series, the second book of which -- NIGHT ON FIRE -- is debuting today (woot!) He's here to share the intriguing and deadly facts about the destructive side of playing with fire.
Also, please check out my accompanying review of the book, which appeared yesterday on The Mojito Literary Society. You can find that here.
ARSON INVESTIGATION
Part of the thrill of writing crime fiction is in the research. As a writer of legal thrillers, I have the opportunity to research everything from police procedure through the judicial process. In writing my novels I get to play cop, criminal, prosecutor, defense attorney, judge and jury. So, it’s no wonder that in developing the plot for my second novel in the Kevin Corvelli crime series, I took into consideration what I most wanted to learn about. Ever since seeing the film Backdraft, arson investigation has fascinated me. Fire is such a destructive force that it’s a wonder any evidence remains behind. In researching arson investigation for NIGHT ON FIRE, I went behind the scenes and learned how the experts determine how a fire started, how it spread, and how they ultimately go about identifying suspects.

According to FBI statistics, approximately one-third of all fires that occur in the United States are the result of arson, meaning they were intentionally set. There are a variety of motives: insurance money, revenge, to conceal another crime. Setting fires is convenient for criminals. It’s easy to start a fire, and as you might expect, the success rate of convicting arsonists is extremely low. Because fire is indeed such a destructive property that destroys its own clues, fire investigators must work very quickly to learn what they can by the evidence the fire left behind.
After questioning witnesses, fire investigators immediately examine the exterior of the structure, then proceed inside to search for the point of origin. The point of origin is where the fire started; it’s where investigators find the most damage, likely where the fire burned hottest and longest. In order to determine the point of origin, fire investigators must know how fire behaves. Flame, heat , and gases rise away from the point of origin. This creates a V-shaped burn pattern, which indicates where the fire started. Once fire investigators identify that V-shaped burn pattern, they search for clues as to the cause of the fire.
Investigators must rule out accidents by checking all possible causes, such as electrical systems and gas pipes. Once all accidental causes are ruled out, the area becomes a crime scene, and steps must be taken to protect it from contamination. Then they begin searching for clues, sometimes with the help of an arson dog. Whether human or canine, the investigator is searching for evidence of any accelerant used. An accelerant is a chemical such as gasoline or charcoal starter fluid that can speed up the fire. Sometimes investigators find trailers – materials placed near the accelerant to spread the fire. A trailer may be a trail of the accelerant itself, or it may be a trail of gasoline-soaked towels, long twists of newspaper, or gunpowder. Investigators also search for an ignition – something such as a match or lit cigarette that may have been used to ignite the fire.
In NIGHT ON FIRE, investigators discover all of the above, and all of it points to Kevin Corvelli’s client, a stunning but troubled young newlywed named Erin Simms. Erin’s new husband died in the fire. Erin had both motive and opportunity to kill him…and she has a history of setting fires.
In researching arson investigation for NIGHT ON FIRE, I found the following books helpful: Practical Fire and Arson Investigation, Second Edition by David R. Redsicker and John J. O’Connor (CRC Press 1997); Explosives and Arson Investigation by Jean Otto Ford (Mason Crest 2006); Arson by Gail B. Stewart (Thomson Gale 2006); Heat: Fire CSI and the War on Arson and Murder by Peter Michaels (Adrenaline Classics 2003); and Arson Investigation: The Step-by-Step Procedure, Second Edition by Thomas J. Bouquard (Charles C. Thomas 2004).
*      *     *     *     *     *     *     *     *     *     *     *     *     *     *     *     *     *     *     *     *     *     *
DOUGLAS CORLEONE is the author of the Kevin Corvelli crime series published by St. Martin's Minotaur.  His debut novel ONE MAN'S PARADISE won the 2009 Minotaur Books/Mystery Writers of America First Crime Novel Award.  A former New York City criminal defense attorney, Douglas Corleone now resides in the Hawaiian Islands with his wife and son.  NIGHT ON FIRE is his second novel.
You can find NIGHT ON FIRE at your local bookstore or through Amazon.com (find a buying link here). You can read more about Douglas Corleone and this award-winning crime series at http://www.douglascorleone.com.
Posted by Tina at 9:13 PM 2 comments: