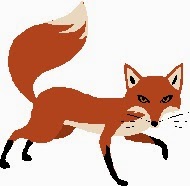 Crime City Central has a new story by moi up on its podcast -- "A Fox in the Hand," a rather gentle little mystery featuring a good witch, some bad motives, several tarot decks, a missing ceremonial dagger, and a Siamese named Puff Daddy. There's also some musings on holding on and letting go and the magic at the heart of the mundane.

If you'd like to listen on streaming or download the episode (for FREE of course) then here's the link: http://crimecitycentral.com/crime-city-central-no-102-tina-whittle/. You'll find several other stories up by some of the mystery genre's finest, including Lawrence Block, Peter Lovesy, and Carolyn Hart, also for freesies.
Posted by Tina at 10:08 AM No comments: 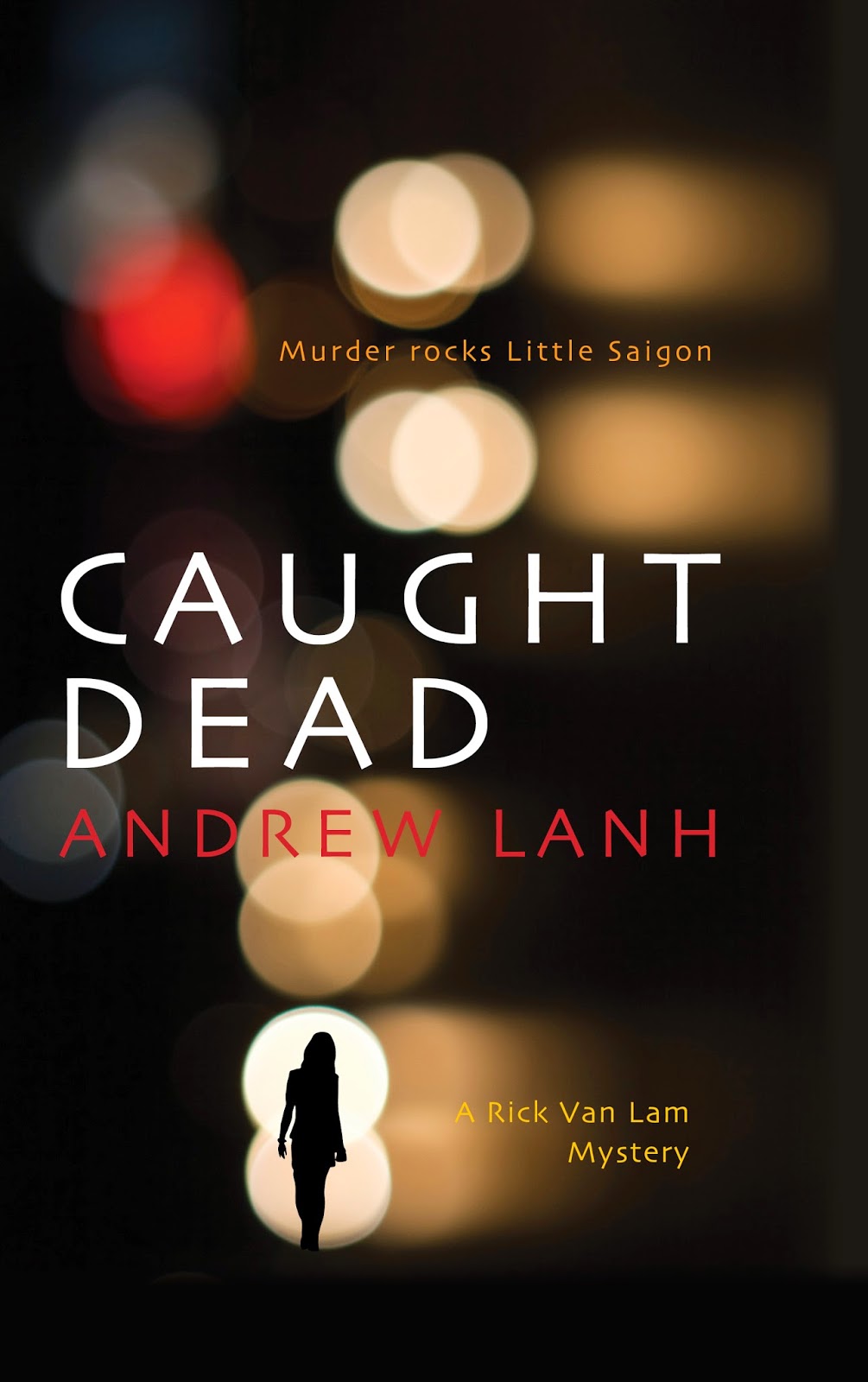 One of the beautiful Le sisters is dead. Hartford, Connecticut’s small Vietnamese community is stunned. Mary Le Vu, wife of a poor grocery-store owner, is gunned down in a drive-by. Her twin sister insists dutiful Mary “wouldn’t be caught dead” in that drug-infested zone. The police rule it an unlucky accident. Skeptics hire private eye Rick Van Lam to get to the truth.

Amerasian Rick—his father an unknown US soldier—is one of the Bui Doi, children of the dust, so often rejected by Vietnamese culture. But his young sidekick, Hank Nguyen, a pureblood Vietnamese, can help Rick navigate the closed world of Little Saigon. Surrounded by close friends—a former-Rockette landlady, his crusty mentor, and his ex-wife Liz—Rick immerses himself in a world that rejects him, but now needs his help. Especially when a second murder strikes in Little Saigon.

Rick and Hank delve into the families of the Le sisters, one poor, one very rich, and uncover a world of explosive ethnic tension and sinister criminal activity ranging from Hartford’s exclusive white suburbs to the impoverished inner city. To solve the murders—and bring closure to Mary’s grieving circle—Rick looks to long-buried memories of his Buddhist childhood for the wisdom that will lead him to a murderer. Caught Dead starts a smart, unusual series.


Ed Ifkovic taught literature and creative writing at a community college in Connecticut for over three decades and now devotes himself to writing fiction. A longtime devotee of mystery novels, he fondly recalls his boyhood discovery of Erle Stanley Gardner’s Perry Mason series in a family bookcase, and his immediate obsession with the whodunit world. Caught Dead is his first novel under the name Andrew Lanh. Previous books are Lone Star (2009), Escape Artist (2011), Make Believe (2012), Downtown Strut (2013), and Final Curtain (2014), all Edna Ferber mysteries.

Cover Reveal for UNFOLD THE EVIL by Ellen Larson 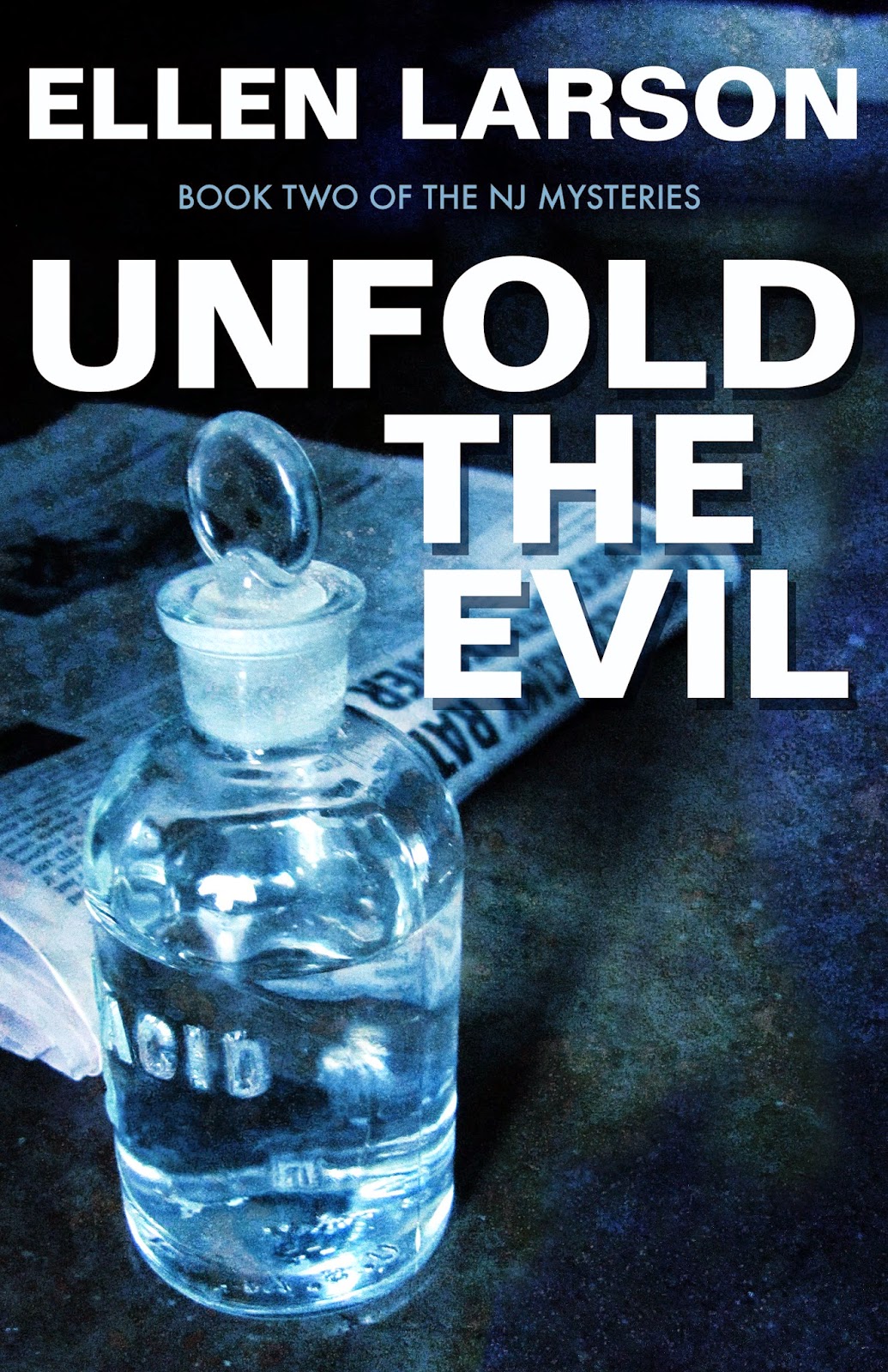 Reporter Natalie Joday’s career is at a crossroads. She thought she’d seen the last of cops and courtrooms, but if she agrees to join the Bergen Evening Star’s Crime Bureau, foul play and forensics will be her daily fare. Natalie puts off the decision by getting involved in a newsroom mystery: who is sending letters filled with riddles and signed simply “Enigma” to the Star’s elderly (and easily rattled) advice columnist? It’s just a game to Natalie and her psychologist friend, Rebecca Elias, until the solution points to the murder of an alcoholic bankrupt—a man whose political career was ruined by the Star twenty years earlier.

When she finds the body of a second victim, Natalie’s mind is made up: whoever it was that burned off the dead man’s face must pay. And fast—because a rival paper, the Bugle, is having a field day blasting the Star’s owners as murder suspects on its front page. While her sometime friend Sgt. Geoff Allan tries to drag the truth from Myra Vandergelden, the Star’s glamorous CEO and Editor-in-Chief, Natalie sets out to track down Enigma among the political bigwigs and power brokers of New Jersey. The situation comes to a head at a local Meet the Candidates event, where Natalie finally gets the chance to ask questions of her chief suspect. But can she get a politician to tell the truth? And will there be a paper left to work for if she does? 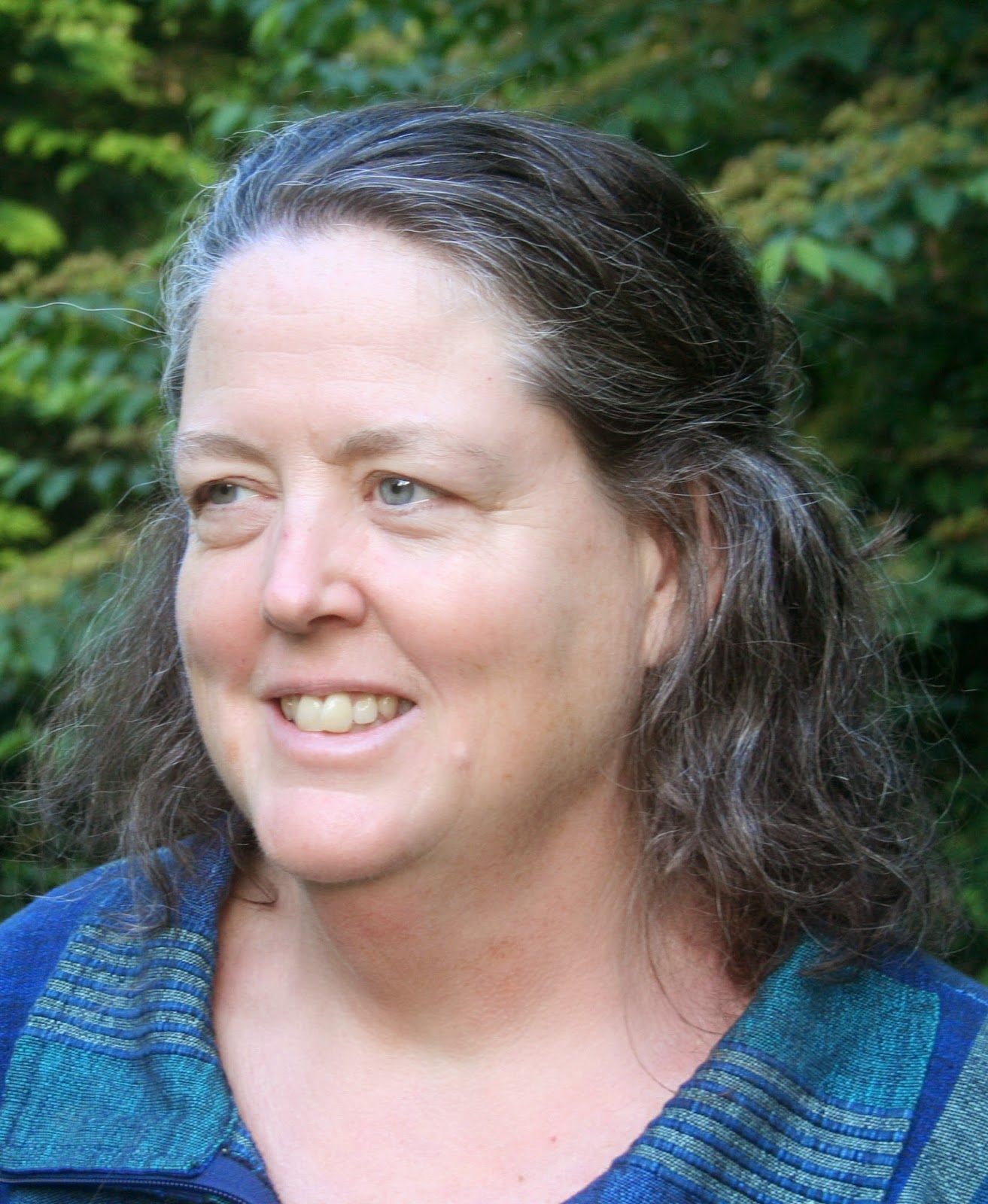 
Ellen Larson’s short stories have appeared in Yankee Magazine, AHMM (Barry Award finalist), and Big Pulp. She is the author of the NJ Mysteries, The Hatch and Brood of Time and Unfold the Evil. After working as an editor in Egypt for fifteen years, she returned to the states and now lives in an off-grid cabin, enjoying the solitude.
Posted by Tina at 1:00 AM No comments: 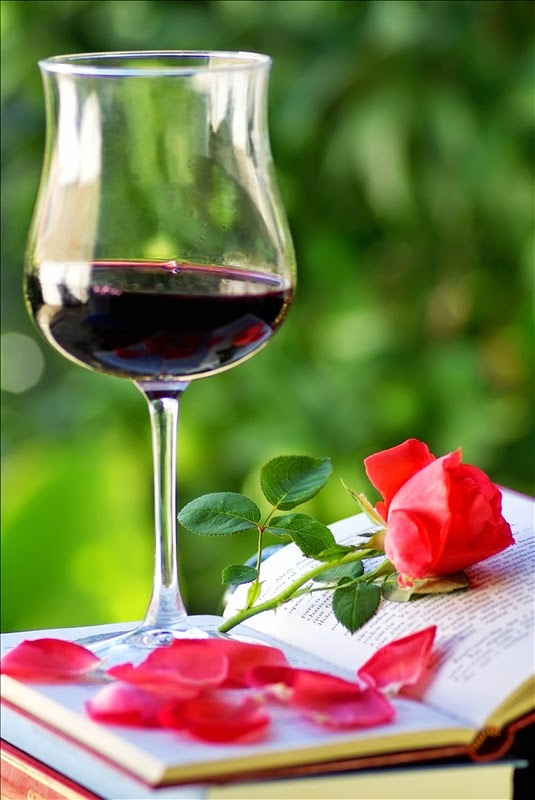 AN EVENING OF BOOKS AND NIBBLES
AND ART

Please join The Book Lady Bookstore, Roots Up Gallery and Low Country Sisters in Crime for a reception and reading featuring Jenny Milchman and Tina Whittle.

Come enjoy light refreshments at the gallery, which features works of art from folk, visionary, outsider and regional artists. Meet Jenny and Tina and other writers in the Low Country area. Then gather downstairs in the bookstore for readings from Jenny's and Tina's latest works and talk on all things bookish and writerly.

There will be giveaways and other surprises. So join Joni and Chris, Leslie and Francis, Tina and Jenny, and the Low Country Sisters in Crime for an evening of mystery and art. Jenny Milchman is a suspense writer from the Hudson Valley of New York who lives for seven months on the road with her family in what Shelf Awareness called "the world's longest book tour."
Jenny's debut novel Cover of Snow was published by Ballantine/Random House in January 2013 and earned starred reviews from Publishers Weekly and Booklist, as well as praise from the New York Times, San Francisco Journal of Books, the AP, and many other publications. It won the Mary Higgins Clark Award for best suspense novel of 2013, and has been nominated for the 2013 Barry Award for best first novel of 2013. Ruin Falls, Jenny's second novel, was published by Ballantine in April 2014 to starred reviews from Booklist and Library Journal. 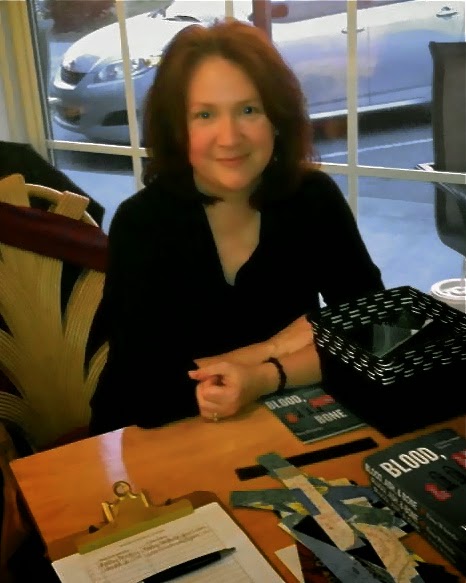 Tina Whittle’s Tai Randolph/Trey Seaver series — featuring intrepid gunshop owner Tai and her corporate security agent partner Trey — has garnered starred reviews in Kirkus, Publisher’s Weekly, Booklist, and Library Journal. Published by Poisoned Pen Press, this Atlanta-based series debuted with The Dangerous Edge of Things, followed by Darker Than Any Shadow (2012) and Blood, Ash and Bone (2013). The fourth book in the series — Deeper Than the Grave — releases in November 2014.

A nominee for Georgia Author of the Year in 2012, Whittle's short fiction has appeared in The Savannah Literary Journal, Alfred Hitchcock’s Mystery Magazine, and Gulf Stream, which selected her story “Lost Causes and Other Reasons to Live” as the 2004 winner of their Mystery Fiction contest. When not writing or reading, she enjoys golf, sushi, tarot cards, and spending time with her family (one husband, one daughter, one neurotic Maltese and four bossy chickens).
Posted by Tina at 5:13 PM 1 comment:

Cover Reveal for DIE I WILL NOT by S. K. Rizzolo 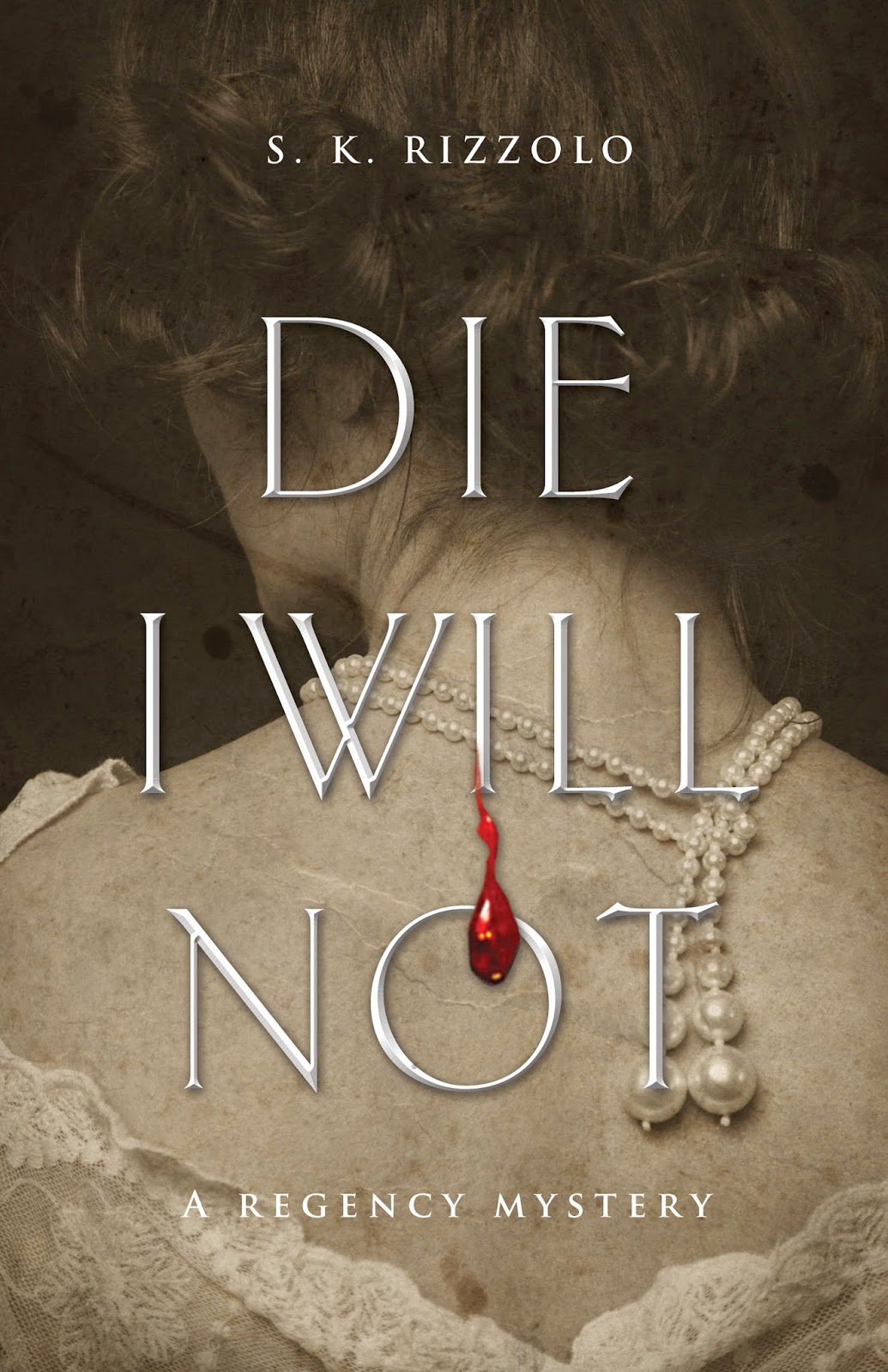 Unhappy wife and young mother Penelope Wolfe fears scandal for her family and worse. A Tory newspaper editor has been stabbed while writing a reply to the latest round of letters penned by the firebrand Collatinus. Twenty years before, her father, the radical Eustace Sandford, also wrote as Collatinus before he fled London just ahead of accusations of treason and murder—a mysterious beauty closely connected to Sandford and known only as N.D. had been brutally slain. Now the seditious new Collatinus letters that attack the Prince Regent in the press seek to avenge N.D.’s death and unmask her murderer. What did the editor know that provoked his death?

Her artist husband Jeremy being no reliable ally, Penelope turns anew to lawyer Edward Buckler and Bow Street Runner John Chase. As she battles public notoriety, Buckler and Chase put their careers at risk to stand behind her and find N.D.’s killer.  They pursue various lines of inquiry including a missing memoir, Royal scandal, and the dead editor’s secretive, reclusive wife. As they navigate the dark underbelly of 1813 London among a cast driven by dirty politics and dark passions, as well as by decency and a desire for justice, past secrets and present criminals are exposed, upending Penelope’s life and the lives of others.
About the Author

S.K. Rizzolo is a longtime Anglophile and history enthusiast. Set in Regency England, The Rose in the Wheel and Blood for Blood are the first two novels in her series about a Bow Street Runner, an unconventional lady, and a melancholic barrister. An English teacher, Rizzolo has earned an M.A. in literature and lives in Los Angeles with her husband and daughter. Learn more at http://www.skrizzolo.com.